Search
Home  »  Travel Article   »   How did Swayambhunath & Boudhanath get their names?

How did Swayambhunath & Boudhanath get their names?

Do you know why the names Swayambhunath and Boudhanath end with – nath?

If you notice the names of many things in Nepal, you will find that many names are ended with the word “Nath.”

The answer is not as straight as your tour guide will make out. In some places, it may be easy. But for Syawambhunath and Boudhanath, it’s an outright puzzle.

From tour guides to monks history teachers Everyone has a different interpretation.

The real meaning of Nath.

Nath is an Indian surname, commonly found among Bengali and Assamese Hindus.’ Nath’ community belongs to the Yogi-Nath group and are listed as other backward class in West Bengal and Assam.

From where the term nath come from?

Its origins are linked with Adhinath’s name and are used by lord Shiva.

The establishment of the Natha distinct historical began around 8th and 9th with a simple fisherman.

Is this is the only mention of Nath or Natha in the world? No

Bodhisattva is worshipped as “Natha” in Srilanka. He is specified in Chola Literature (Tamil), which was originated from south India in the 9th and 13th century. In this terminology, Bodhisattva was also known as Natha-deva.

The most exciting thing is that aside from the name and terminology are the dates. They almost correspond to the origin of the Hindu group known as Natha. In the condition of Bodhisattva, there little else known in connection with the name of Nepal. In conclusion, there are practitioners of yoga who also place to maintain term Nath though it is said that it will come later. To make matters confusing, the Natha was Practitioners of yoga.

Who was that, Natha??

Though their origin is about the 9th -10th century, they are primarily known for their rather outbox challenging ways. They allowed all shady practices and stay away from societies learning to explore their inner power.

It seems like a foreign culture, but Natha’s popularity grew, and they began forming monasteries. During this age, they developed a strong following and dedication to walking long distances for spiritual practices.

In Nepal, Natha is known as Sadhu.

Natha mainly believes in extensive spread travels and search for a higher level of spiritual power rather than the other’s written doctrine.

Two branches are consisting of Sadhus and regular householders or workers who practised their beliefs at home. Sadus is also known for making a long-distance walk to Pashupatinath during the Shivaratri festival.

If you ask historians about the Natha, you will get an answer that they were Hindu culture that also beli8ved in Buddhism. It is an understandable simplification.

In Tibet, because of their extensive travels that Natha was documented in Buddhist text. But the Natha did not directly practice mainstream.

They do meditation or other activities to reach a higher understanding. However, some have delved deeper and come up with individual branches of Buddhism that Natha was meant to have practised.

If we go in a more in-depth education of Tibet doc, Matsyenranath is often referred to as Lui-pia and Nepal; he is a form of Bodhisattva. So there is, it seems a connection.

From my view, the most likely result is that they start practising their won form of Buddhism and exploration for higher spiritual power.

The Natha and Nepal.

The oldest religious sites in Nepal is Swayambhunath. According to the Gopalarajavamsavali, it was founded about the beginning of the 5th century by the great-grandfather of king Manadeva, king Vasudeva.

Avalokiteshvara is represented through many Buddhist scriptures and many statues.

The Real name of Swayambhunath.

The oldest religious sites in Nepal are Swayambhunath. According to the Gopalarajavamsavali, it was founded by the great-grandfather of king Manadeva, king Vrsadeva, about the beginning of the 5th century. Mythology also says that Bodhisattva, Manjushree let the water out of a lake, and the Kathmandu valley come out with a lotus blossom becoming a “Self Awoken, Lord.” This is where the stupa is built. It thereby holds the title of the Kathmandu’s first building.

The official name of Swayambhunath is Swayambhu Maha Chaitya, and the first recorded name was “Singru-Vihara-Chaitya-Bhatjarika.”

The real meaning of Swayambunath is” self-manifested,” self-existing.”

The first written data of the stupa comes from King Manadeva, who had done here in 640CE, so it predates the Natha.

Though what about Natha?

The only certification of the Natha is said to be an inscription at Swayambhunath, according to the late historian.

For those wondering, I do not include Pashupatinath temple here as it is established to the 5th century, and the likelihood is that the phrase nath here is undoubtedly a direct link to lord Shiva as Adinath. Whereas, both Swayambhunath and Boudhanath have Buddhist points of origin.

How are the Natha and Swayambhunath is related?

Natha and Swayambhunath are known as “lord.”One has Buddhist origins, and another has a vague delving into Buddhism.

When was Swayambhu Maha Chaitya named changed into Swayambhunath?

From the period of Natha, it was changed to Swayambhunath.

The real name of Boudhanath.

The previous name of Boudhanath is Khasti or Khasa Chatiya from the Newar Chronicles. There is no orientation to the Natha here. The link between the Swayambhunath and Boudhanath is that they aside from Buddhism. Both names are enduing with Nath and fascinating the presence of an Ajima temple at both sites. Both Hindu and Buddhists respect Ajima alike, often being cited as a Newar god.

When was Boudhanath built?

According to history, after unwittingly murdered his father, one king constructs the stupa.

When did the nath get used?

When and why Swayambhunath and Boudhanath were renamed?

As mentioned earlier, the answer is usually right there. But, there is no evidence. Nobody seems to identify this.

Do not hesitage to give us a call. We are an expert team and we are happy to talk to you.

Why Book With Us? 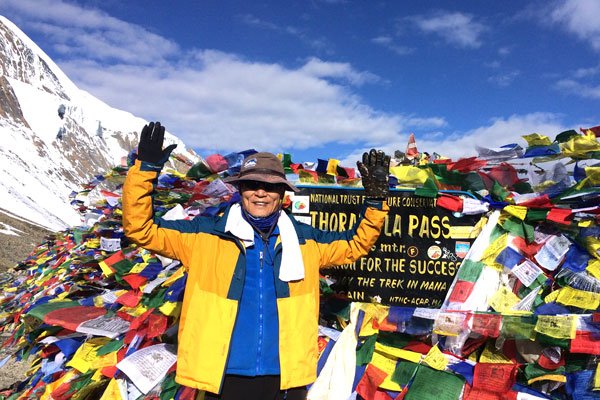 Mount Everest Base Camp Trekking – An Expedition in Khumbu Region

Best Treks in Nepal – An ultimate guide to travel in Nepal

Peregrine Treks and Tours is a trading name of Peregrine Treks and Expedition Pvt Ltd. Our name, logo & slogan are trademarks registered in South Asian countries. We are registered with Government of Nepal, Office of the Company Registrar, Department of Tourism, Department of Cottage and Industries, Nepal Rastra Bank - the central bank of Nepal, and Trekking Agencies Association of Nepal (TAAN). Contents, Photographs, and Videos within our website are copyright and strictly prohibited to use without our written permission.