Nepal is world-famous as a home to the world’s tallest Mountain peak, Mount Everest (8848m), commonly known as Sagarmatha in Nepalese and Chomolungma in the Tibetan language. Peregrine Tour and Travel offer you a Sixteen-day package of Luxury Everest Base Camp Trek starting from your day of arrival to the departure. Luxury Everest Base Camp Trek became popular after two legends, Sir Edmund Hillary and Tensing Norgay Sherpa, successfully summited the peak for the first time in 1953 AD. Since then, over 30,000 people trek to Everest Base camp every year. This year, it is your opportunity to be one of a trekker to reach Everest Base Camp. On this trek, we aim to have a mesmerizing close-up view of the beast of all Himalayas, Mt. Everest, and other associated mountains peak.

We start our trek by taking a short flight to Lukla and walking for four hours crossing DudhKoshiGhat to reach Phakding. Here we will encounter Mount Khumbila, an entire mountain by any climbers. We pass several Sherpa Villages rich in Buddhist culture and tradition. You won’t probably stop your excitement to see all those Sherpa people, their way of living, their homes with large prayer flags known as Lungdar, and several Buddhist Stupas and monasteries.

Everest Base Camp Trek also welcomes you to walk over its alpine forest at the bottom of the region. You can easily find coniferous trees, rhododendron (national flower of Nepal), and juniper trees. It is also home to World Heritage Site, Sagarmatha National Park, indexed by UNESCO. Along this region, we might be able to sight various rare wild faunas found in National Park like Red Panda, Himalayan Pheasant, Himalayan Black Bear, Himalayan Tahr; a prey species to Snow Leopards and other animals and birds.

We will also be walking past the village area, where we can easily find Himalayan goats, Yaks, and Naks grazing on the scrubland, and finally, we will reach Everest Base Camp on the ninth day of the trek. We then follow the same route back to go Lukla on the twelfth day and fly back to Kathmandu the next day.

In the Everest Base Camp Luxury Lodge Trek, we will provide Hotel Radisson or similar five-star hotels in Kathmandu. We will provide Yeti Mountain Home (luxury lodges in the Everest region) in available places and Hotel Everest View in Namche during trekking. You need to spend six nights in the best available local lodge with full facilities.

All accommodations for the Everest Base Camp trek are on a twin-sharing basis. Single hotel accommodation is also available by paying an additional USD 600 per person on the package price. However, a single room is only available in luxury lodges in the mountain and Kathmandu Valley. A single room may not be available in standard lodges during the trekking season.

You will stay in Hotel Radisson or a similar 5-star hotel in Kathmandu. A solo traveler needs to share the room with a same-gender traveler. If you need a single supplement, you will have to pay an additional cost of about USD 2000. During the Luxury Everest Base Camp Trek, 5-night in luxurious accommodation in the Everest Region and the rest of your accommodations contain attached bathrooms. At the same time, some of the teahouses may not have, and you may have to share the washing and toilet facilities in that case. In lower elevations, Kathmandu and the trekking regions will have sing room facilities, but it will be hard to find them at higher elevations.

You will enjoy typical Nepalese food and international cuisine (Tibetan, Continental, India, etc.) during your Luxury Everest Base Camp Trek. Be sure that the lodges or teahouses will provide breakfast, lunch, and dinner as per their available menu. You may get opportunities for welcome and farewell dinners for guests. 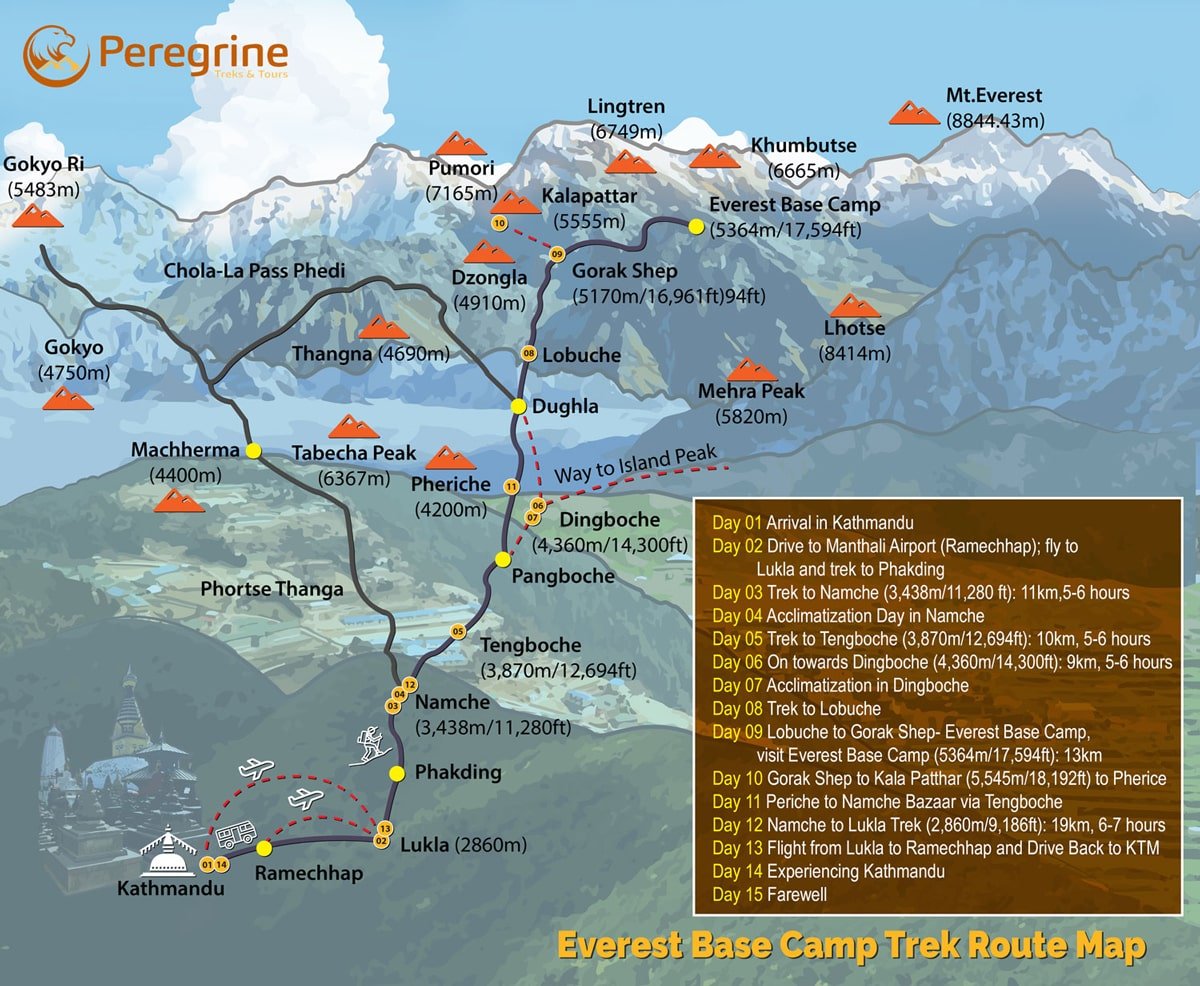 It is to notify you about certain things that might occur as a hindrance to your trek to Luxury Everest Base Camp. Before Everest Base Camp Luxury Lodge Trek, please read things to know for general information.

In this case, we try our best to manage the appropriate time for the flight, pre-checking upon weather conditions. You need to prepare your trip with buffer days if you get stuck due to a flight delay to Lukla.

If you are stuck at Lukla or anywhere on the days of your trek, we do have the facility of Heli rescue. The cost will be around USD 3500, which can lift 4-5 people per flight.

An alternative option for the Luxury Everest Base Camp trek

Suppose you change your mind about the Everest Base Camp trek due to flight cancellation. In that case, you are free to choose an alternative expedition to the Langtang region, Annapurna region, Makalu- Barun region, or any viable destination as per your wish. If you are still up with your Everest plan, we happily welcome you to stay at Kathmandu until you fly to Lukla and start the trek.

You need to know that we do not provide any refund for your stay time waiting for the flight at the airport. We do not also offer any refund for the services (such as hotel, transport, aviation, etc.) included in the package that you would not use later.

Apart from this, Peregrine Treks and Tours ensures make this trip is the best trip of your life. We believe in providing quality service along with well-trained, quality professional guides.

I had a fabulous time. Great guide and porters, lovely group, fabulous scenery, and people. I’m over 50 though and had never been trekking before. Although I did a lot of walking in preparation what really would have helped most would have been daily going up and down your stairs as much as you can possibly bear. Hill and mountain hiking is a great idea. Also, doing daily is good preparation as you’re doing it daily on the trek. Well worth it though. 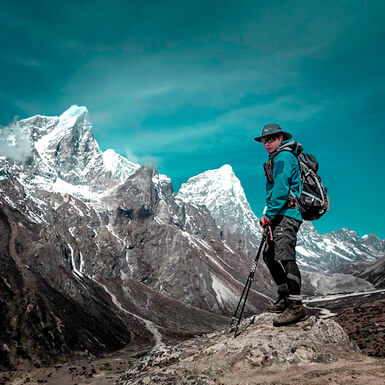 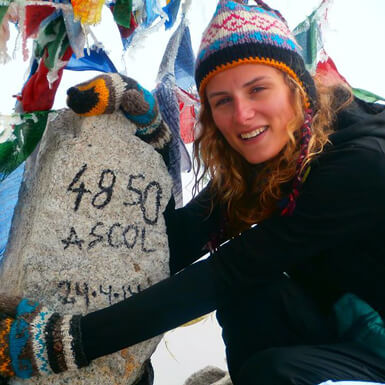 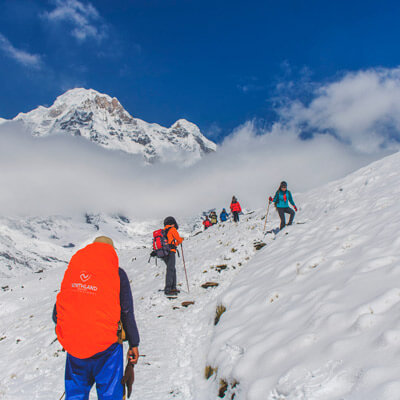 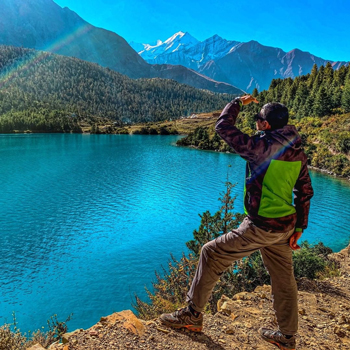 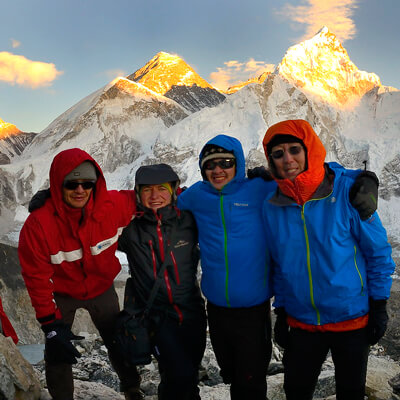 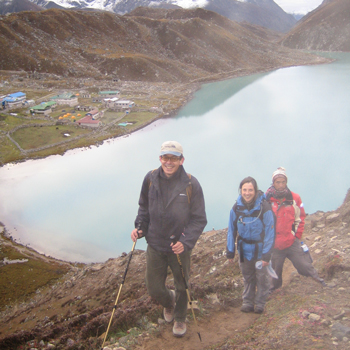 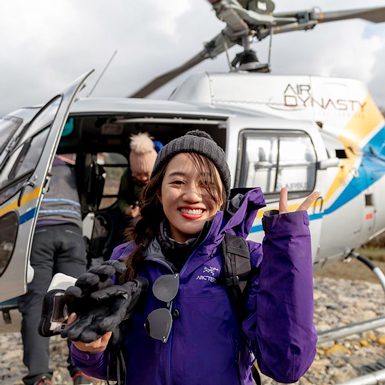 EBC Trek and fly back by Helicopter 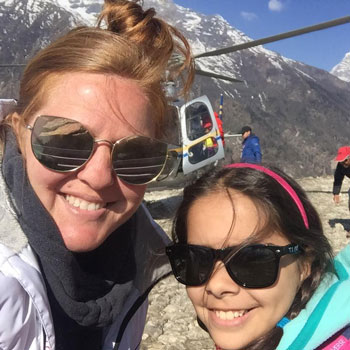