Do you wish to trek in a country which is famous as the roof of the world lying at an average altitude of 4000 meters above mean sea level? Do you know any country whose land is fertile and beautiful enough to attract tourists to give them a life experience of mystery and enchanting adventure? It is the central part of Qinghai- Tibet plateau, the southwest frontier of China. Yes, this country is known as Tibet. Ultimately, travelling to Tibet Tour offers you exotic landscapes, fantastic scenarios, mighty monasteries, hidden valleys and centuries-old caravan tracks. No doubt, choosing Tibet as your travel destination will surely regret you. 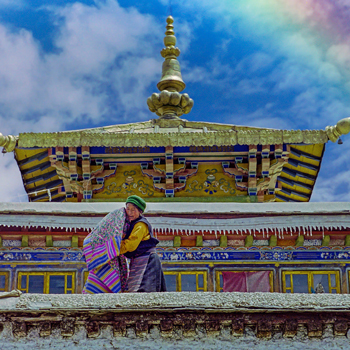 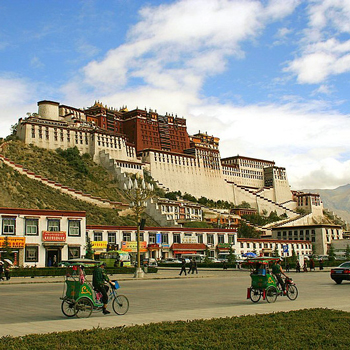 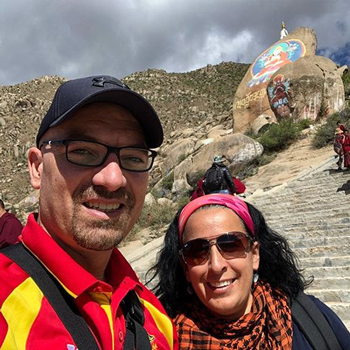 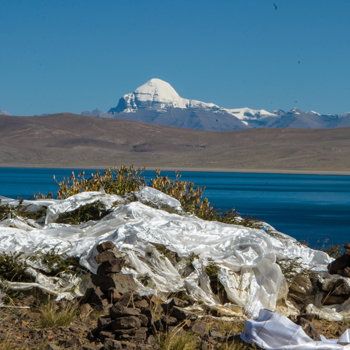 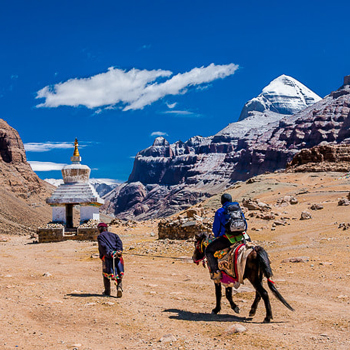 Broadly, Tibet is divided into three geographical regions: the east, south, and north. Eastern Tibet is covered by luscious forest for approximately one-fourth of its land; whereas northern Tibet has open grassland with nomads, yak, and sheep as its dwellers. Southern Tibet is much more civilized than the rest of the parts.

In Tibet, generally, two types of languages are spoken, which are classified as Tibeto-Burman of the Sino- Tibetan family and Himalayan language, which seems to be unclear. Around 6000 people speak 25 Tibetan languages with a dozen major and minor dialects. Sometimes it might be intelligible and not adequately understood by the different speakers.

Places to visit during Tibet Tour

Since the mid-17th century, Lhasa city has been the religious and administrative capital of Tibet. It is one of the highest capitals of the world lying at 3700m altitude with an area of 544 sq km and is considered the seat of the Dalai Lama. It contains numerous culturally significant Tibetan Buddhist sites like the Potala Palace, Norbulingka Palace, Drepung Monastery, Ganden monastery, Sera Monastery, and Jokhang Temple. The city is famous as “the land of Gods” and “the city of sunshine” which holds a cultural history of over 13 centuries and centres activities for culture, economics, politics, and religion. The city carries real attraction giving high significance to local agriculture.
Norbulingka

Norbulingka was a summer palace for Dalai Lama and his disciples with a fanciful garden of beautiful nature and propensity. The palace is located 3km west of Lhasa, covering 46 acres of land. The palace contains 370 rooms of various sizes with a superb view of the mystic garden. This palace had become a goal destination attracting many travellers every year. People love to spend their holiday in Tibetan style.

Potala Palace, named after the mountain Potalaka, which is the mythical den of the bodhisattva Avalokiteśvara was famous as the winter Palace of Dalai Lama. It is said that Dalai Lama constructed his winter palace over the land; which was erected previously by the well-known King SongstenGampo in the 17th century for his wife, Princess Wencheng. Now, this palace has been a museum and a UNESCO world heritage site since 1994. The palace is well known for its history, and sculptures. Culture, arts, antiques, religious jewellery, Buddha figure and murals are of great cultural and artistic significance.

The palace overlays the remnant of an earlier fortress called white or red palace on the site, built by King Songsten. A small yellow joins the white, and red palace parted structure, housing the sacred banner specially hung on the New Year festivals of Tibet.

Potala palace’s massive structure, large stone walls of 16 feet with a thick base; a giant square at the south base of the rock surrounded by walls and gates appears like the actual focal point and attractions, calling thousands of visitors daily to experience its serene avenue.

Jokhang temple lies in the central part of Lhasa city. In general, Tibetans consider the Jokhang temple as the most sacred and famous temple in Tibet and is called as “House of Lords”. Jokhang temple was established in the reign of King Songshan, for his two wives; one was of Chinese origin, and the other was of Nepalese origin. This temple is considered the oldest temple in Tibet. It is the house of the sitting statue of Shakya Muni Buddha at the young age of 12.

UNESCO lists Jokhang Temple as a world heritage site. Many Nepalese artists have worked on the structural design and construction, making it attractive enough to impress and surprise the visitors with its unique fringe and sidelines.

Sera Monastery is also one of the three great monasteries in Lhasa, Tibet along with DrepungMomastery and Ganden Monastery. It lies 2.05 km north of Lhasa and about 5km north of Jokhang Monastery. During the construction of the Sera monastery, the hill behind the monastery was covered with blooming wild roses( Sera in the Tibetan Language); and this is how the name Sera originated. The monastery covers 28 acres of land. The monastery belonged to the Gelug Order and was one of the largest in Lhasa and also one of the most exceptional locations in Tibet to witness the debate sessions held according to a fixed schedule.

Drepung is the largest monastery of all Tibetan monasteries founded in 1416 by JamyangChogeTashiPalden. The literal meaning of Drepung denotes “Heap of Rice” and is located at the foot of Mount Gephel. It is one of the “great three” monasteries in Tibet. It lies 5 km away from, the western superb of Lhasa. The monastery can shelter more than 10,000 monks, setting its limelight to attract pilgrims and visitors with its qualitative ambience.